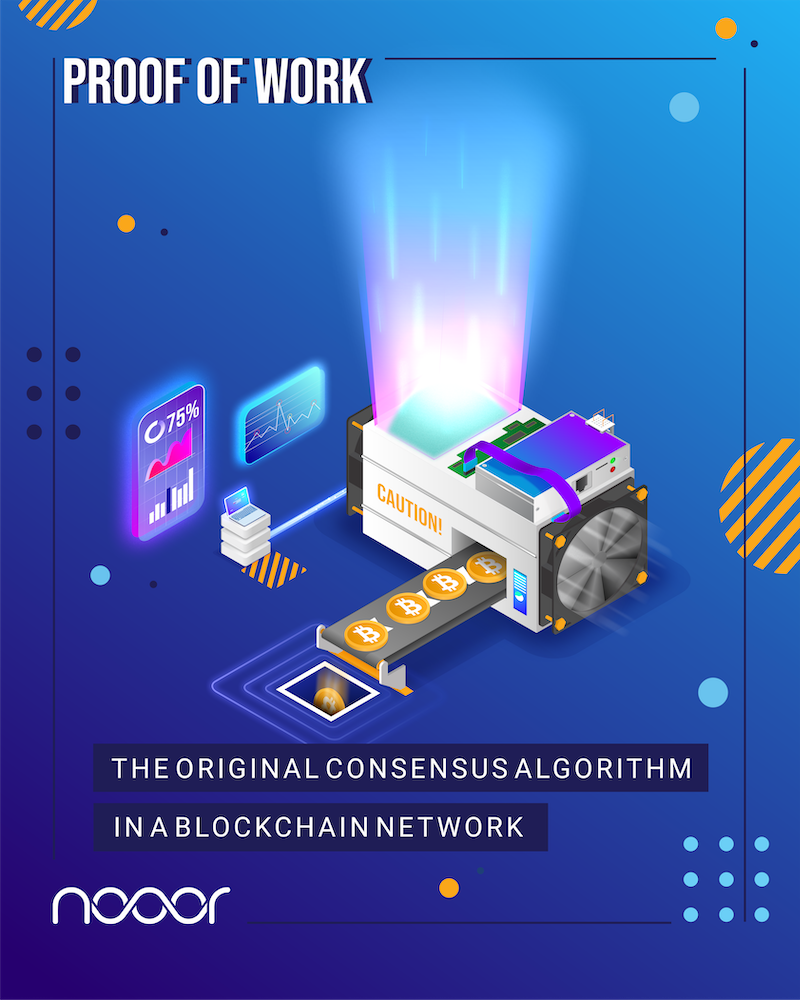 Proof of work (abbreviated to PoW) is a consensus protocol introduced by Bitcoin and used widely by many other cryptocurrencies.

When was PoW developed? The initial concept of Proof of Work was developed in 1993, as a way to prevent denial of service attacks and other service abuse. In 2009, Bitcoin introduced an innovative way of using Proof of Work, as a consensus algorithm.

How does it work? Miners compete against each other in solving complex computational puzzles. These puzzles are difficult to solve, but when solved, the solutions can be quickly verified. So, once a miner finds the solution to a new block, they can broadcast that block to the network. All other miners will then verify that the solution is correct and the block will likely be confirmed.