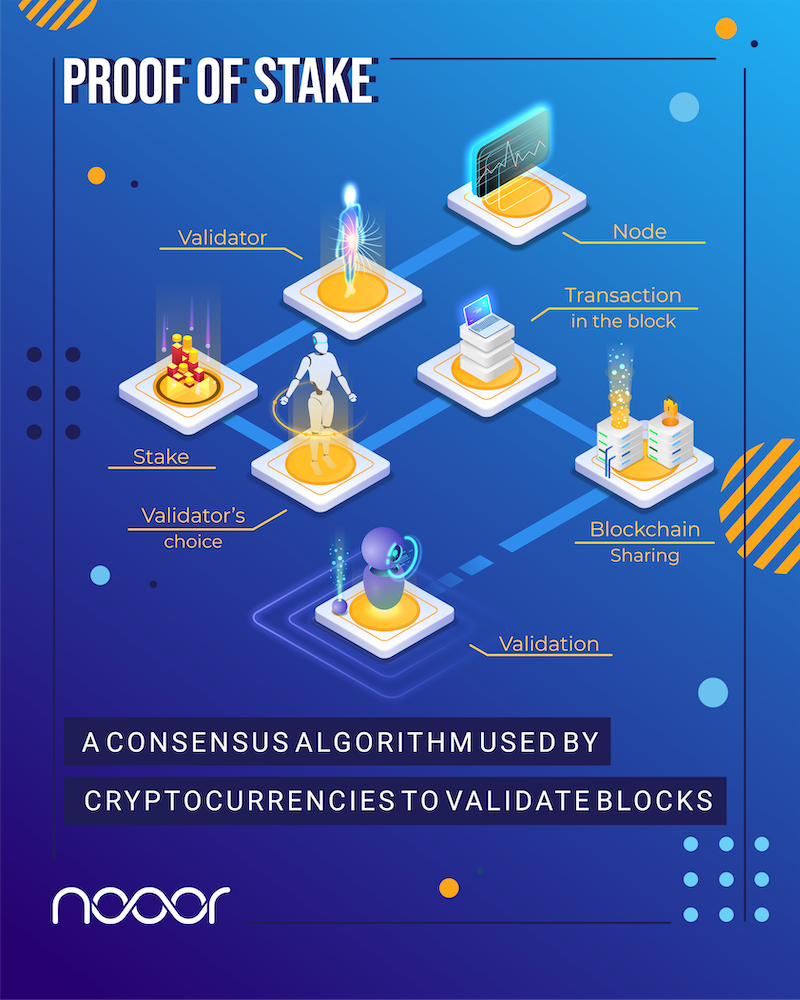 Proof of Stake is a consensus algorithm that chooses the validator based on the number of coins he owns or holds.

How does it work? The Proof of Stake algorithm uses a pseudo-random selection process to select a node to be the validator of the next block. Generally, it is based on a combination of factors that could include the staking age, randomization, and the node’s wealth.

What is the difference between PoW and PoS? In Proof of Work-based systems, cryptocurrency is created as a reward for miners. Whereas the Proof-of-Stake system usually uses transaction fees as a reward.