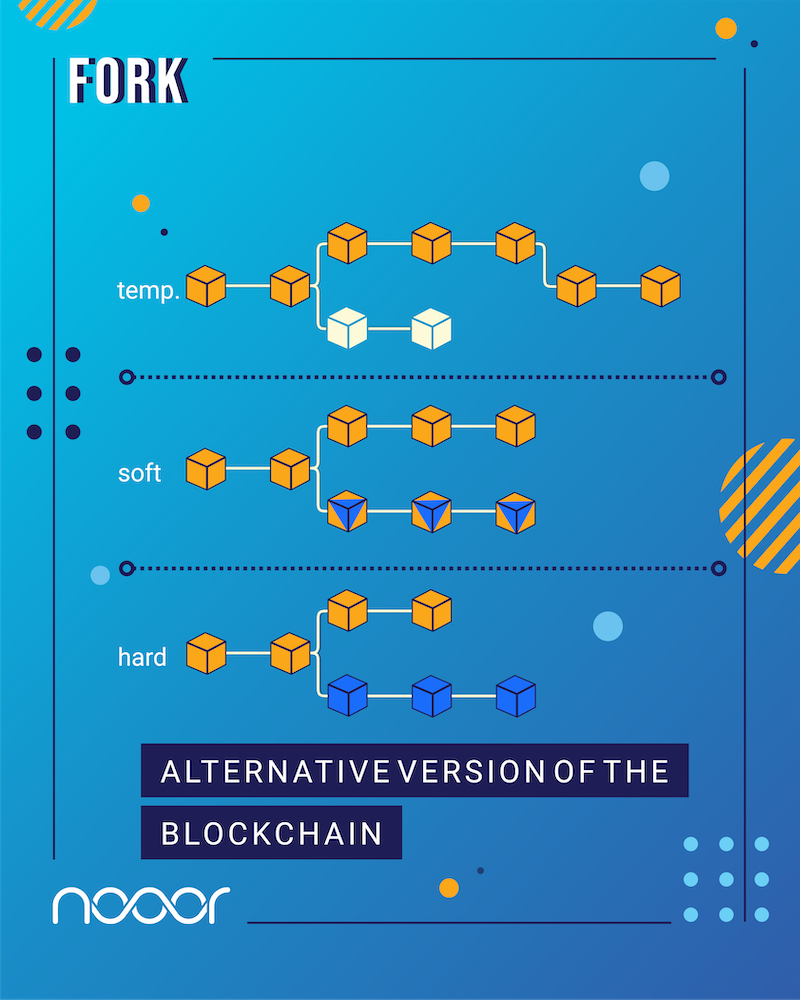 Forks create an alternative version of the blockchain, leaving two blockchains to run simultaneously on different parts of the network. A blockchain fork will occur when there is a departure from consensus, which can occur in three scenarios:

When does it happen? Forking is said to happen when a blockchain splits into two branches. It can happen as a result of a change in the consensus algorithm or other software changes.

What’s the difference between 3 scenarios? Soft forks and hard forks differ from temporary forks because changes that are made are permanent. * All blocks on the soft-forked blockchain follow the old set of consensus rules as well as the new ones *Accidental fork happens when two or more miners find a block hash at nearly the same time.