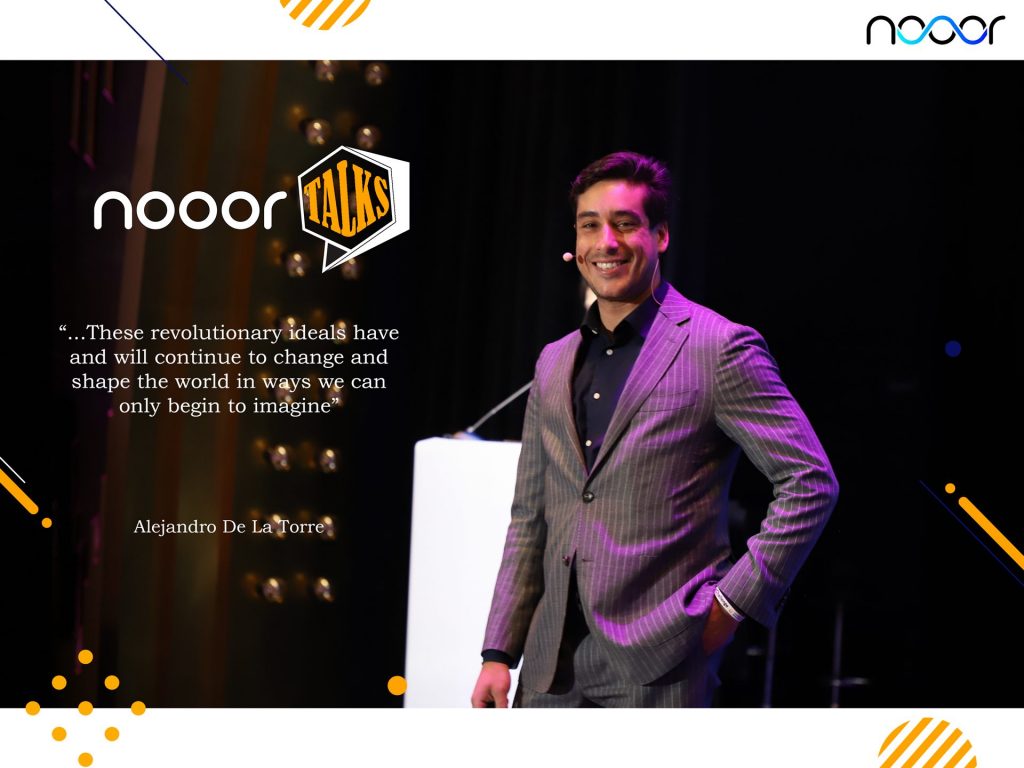 Alejandro De La Torre was one of our speakers during the ChainPoint 19 Conference. He is a Former VP & Co-Founder of BTC.com and VP of Poolin which is a multi-currency mining pool service launched in 2017.

With a mostly entrepreneurial background and the ability to run businesses from a young age, Alejandro has got interested in blockchain technology almost since the beginning of the development of the industry.

1. How blockchain will change our world and which industries will have the most influence?

I got into the blockchain world early in 2013, when it was not even called blockchain. I believed back then that having an alternative financial system based on different fundamentals from what we have now in the traditional financial world would be a nett positive for society… and I still staunchly believe in this today.

These different fundamentals, that primarily bitcoin and other prominent coins have, are non-human manipulation in the economics of the system, the deflationary aspect of it and the possibility of it being used by anyone, anywhere without the approval from anyone.

These revolutionary ideals have and will continue to change and shape the world in ways we can only begin to imagine. Bitcoin and other fair and decentralized blockchain based coins are revolutionary financial tools.

2. What is already running smoothly and well with blockchain and comparable distributed ledger technologies today?

Blockchains & DLT require security in the form of hashpower (mining) for the features inherent in them to actually work.

The blockchain is immutable if and only if there is a sufficient amount of hashpower behind each block to secure it from any form of attack.

Thus, what has been running efficiently, I say without a doubt, is the mining industry supporting the security of the blockchain and the transfer of wealth enabled by it.

3. What is one thing about mining that fascinates you the most? Why did you decide to get deeper into this aspect of the technology?

For me, the most fascinating aspect of mining is that multiple aspects of every player in this industry must be considered at all times. The mining rig market, for example, must consider the fabrication times of microchips, fierce competition, the costs of shipping and taxes when exporting, the list goes on.

Another aspect that is high on the lists of importance in mining is electricity costs. Finding cheap sources of electricity is difficult. It might be that the cheap electricity is on the other side of the world for example, or that the electricity from the hydropower plant is seasonal, so you must consider perhaps moving to another location half of the year.

These are just two aspects of mining that require a lot of understanding and hard work for players to crack the code and be bitcoin profitable.

4. The Achilles’ heel of the technology, 50 +1% Attack. What is your stance regarding the possibility of hacking the system?

This is a known attack vector in bitcoin, however, I highly doubt it will ever occur. The reason being is that once a pool or mining farm (although it would most likely have to be a pool) does a 51% attack, the network would lose ALL of its incredible features which would, in turn, affect the price negatively and drastically.

A pool that makes money on bitcoin would not want this, no one that is mining wants this, thus it is in every player’s self-interest to maintain the power of pools and farms to much less than 51%.

5. As you were a part of CP19, what can be the feedback about Armenia and its potential to become one of the leaders in the blockchain space?

There are multiple opportunities in this industry. I would bet on things that have been working for the last 10 years and not try to recreate a database with the word “blockchain” as that will only lead to nowhere.

The potential of Armenia is huge. The country has agreeable weather which would save costs for cooling. Armenia is a stable country and the government wants to provide incentives such as the tech city to help bring in companies. Political stability and a government willing to listen and help a blossoming industry like crypto mining are very important. This allows miners to continue their business and forecast into the future with confidence. I foresee Armenia playing an important role in the future with both blockchain development and crypto mining.